I “pin” a lot of recipes. And some I know immediately that I will try and love. Others sit on my recipe board for a while before I decided it’s time to try it. 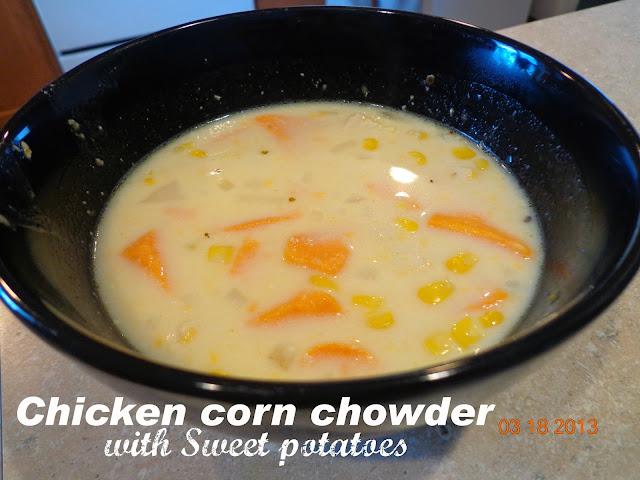 This chowder fell into the latter. I pinned it 38 weeks ago!
But just last week I finally gave it a try.
I thought it was amazing. So did Tyler. Travis and Zach, on the other hand, didn’t.
Though they both said it was better than they thought it was going to be, Zach said he didn’t want to eat it again, and Travis said he didn’t want it as the “main” part of a meal, but thought it would be good as a side with something else. Basically, Tyler and I ate if for lunch and dinner for the next two days because it makes a pretty huge amount.
Chicken and Corn Chowder with Sweet Potatoes- Originally from Mel’s Kitchen Cafe
3 cups whole milk
1 cup yellow corn muffin mix
2 T. butter
1 onion, chopped fine
3 garlic cloves, minced
1/2 tsp. ground cumin
1/2 tsp. dried oregano
2 quarts chicken broth
1 1/2 pounds boneless, skinless chicken breasts, cut into 1/2 ” cubes
2 sweet potatoes (about 1 1/2 pounds), peeled and cut into 1/2″ pieces
1 cup shredded Monterey Jack Cheese
3 cups frozen corn (not thawed)
1/2 cup chopped fresh parsley
salt and pepper, to taste
Mix milk and muffin mix in bowl until well combined. Meanwhile, heat butter in large pot over medium heat until foaming. Add onion and cook until softened, about 8 minutes. Stir in garlic, cumin and oregano and cook until fragrant, about 30 seconds. Add broth, chicken and sweet potatoes. Bring to boil, reduce heat, and simmer until sweet potatoes are just tender, about 8 minutes.
Stir in milk and muffin mixture and simmer until soup thickens, about 10 minutes. Add cheese and corn and cook until cheese begins to melt, about 2 minutes. Stir in parsley and season with salt and pepper. Serve 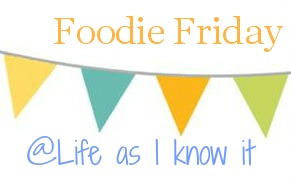 A pretty good day to turn 10! After school we grab

I loved using this account to keep me on track so

Who else is a puzzle lover? These are some of the