I’ve never been the biggest fan of Pico De Gallo but a few weeks ago my sister in law brought it over for a BBQ we were having. I refused to eat it, saying I don’t like it, while everyone around me was shoveling it in because they all loved it.

So later that night after everyone was gone and I was sitting around looking for something to snack on, I decided to give it a try and it was amazing! I couldn’t stop eating it and I understood why no one else could stop earlier that evening.

After asking for the recipe and not getting it, (I think she doesn’t want to share it 😉 ) I finally decided to make my own. 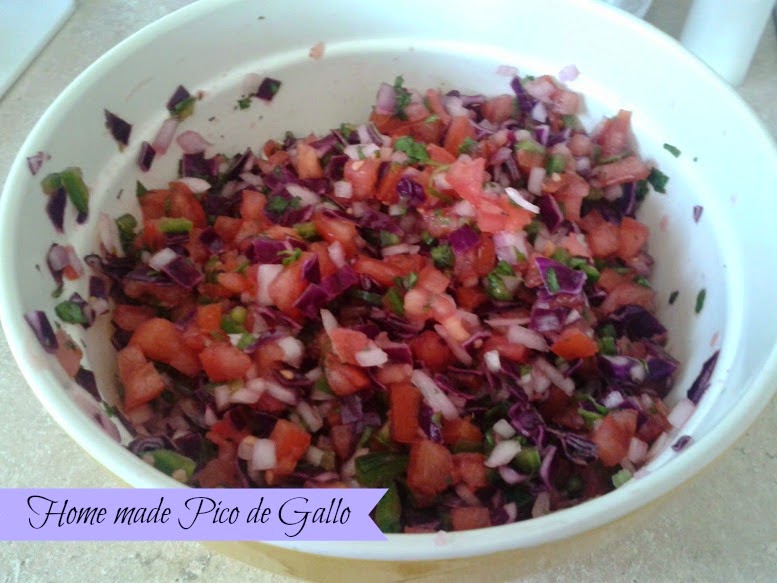 Just chop everything and mix it together, salting to taste. Refrigerate before serving.

It didn’t taste any different than the one we had before- It was delicious! I was pretty proud of myself.   The biggest part of this is chopping everything. It probably took about 1 1/2 hours to chop everything- Maybe I’m just slow? But it was totally worth the wait!