Monday I was telling a little bit about the time I took Zachary on a surprise trip to Disneyland. You can catch up here!

So the next day we got up and boarded a bus that took us to San Diego to Sea World! We were so excited! Neither of us really knew what to expect at any of these places and that made it that much more fun!

The first thing we did upon arriving was check out the Orca show schedule. A show was starting soon so we planted ourselves in “splash” zone and waited! Can I just say now that “splash” is an understatement! We were drenched- I mean soaked to the core! But I am so glad that we did it! Zach and I had so much fun and were laughing so hard every time we’d get splashed. And I’m grateful that I had put my money, phone and camera in ziplock bags inside my back pack! 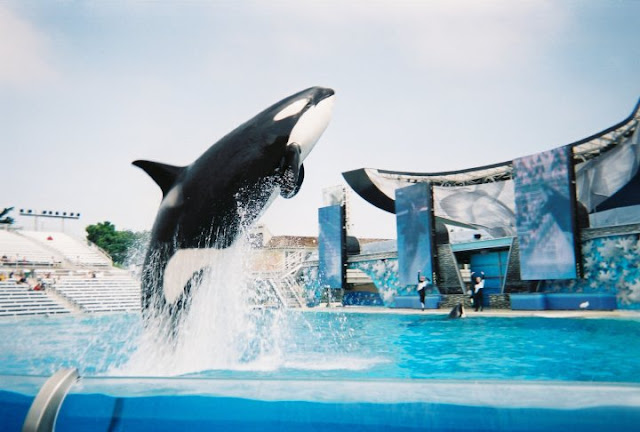 Those whales are so amazing, and so HUGE! They were so beautiful and I’ll admit it made me a bit sad that they are there for our enjoyment instead of out in the ocean where they belong!

We enjoyed the entire day! The rides, including Shipwreck Rapids, where we got totally soaked again, we ate more and took in all the beautiful animals. I loved seeing the dolphins and Zach loves the sharks! 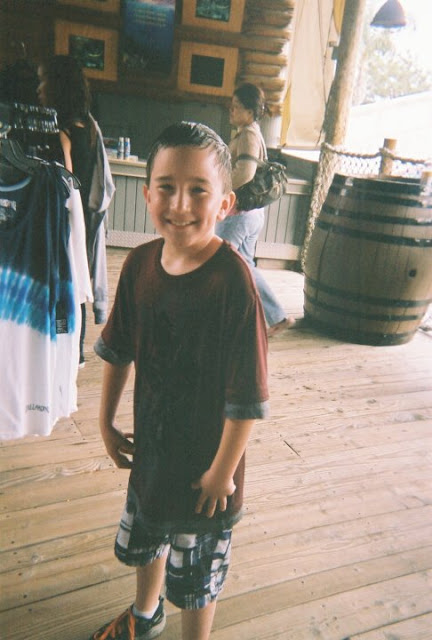 On day three we woke up early and headed out to have breakfast at Goofy’s Kitchen. First we got our picture taken with Baloo from the Jungle Book- then it was off to eat. The food was interesting- which I had heard- but peanut butter and jelly pizza was different and I was doing an eye roll considering how much I had just paid to eat here. It was just a buffet, after all- but what made it fun and totally worth it was all the characters that come around to get pictures with you. They even all got together to do a song and dance skit in the middle of the kitchen. And Zachary and I both really enjoyed it! 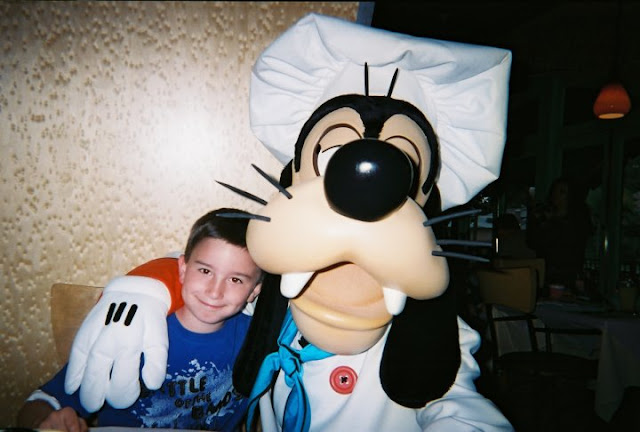 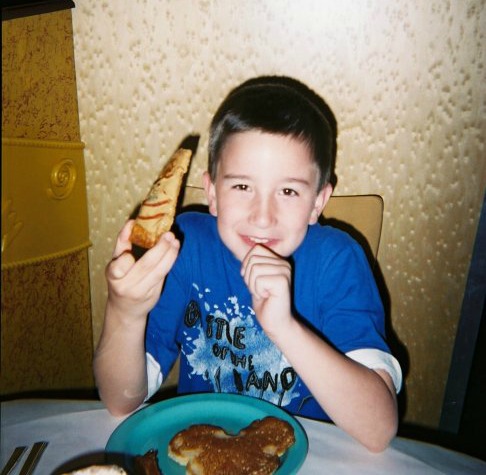 (Evidence of the peanut butter and jelly pizza)

Then we were headed back to Disney- but this time we went to California Adventure. Soarin’ over California was so worth the 45 minute wait and was so fun. We also enjoyed the Grizzly River run (and got soaked again!). But Zach’s favorite was the Muholland drive roller coaster. I can’t even tell you how many times he rode it. Most of the time he would finish riding and get right back in line. That was one good thing about me not riding some of the bigger rides- is that Zach could go to the front since he was a “single rider”. 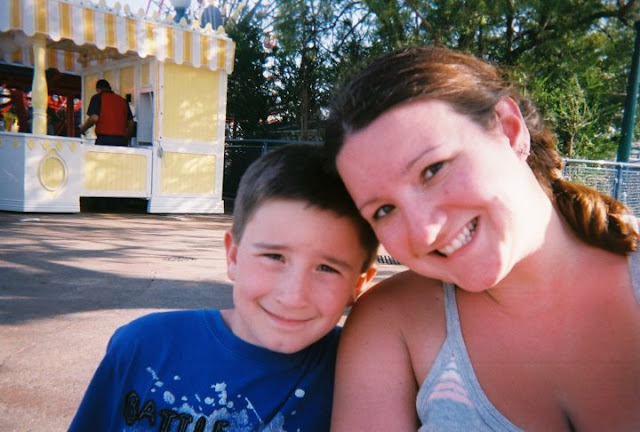 (Can you tell I got a little sunburned the day before at Sea World?) 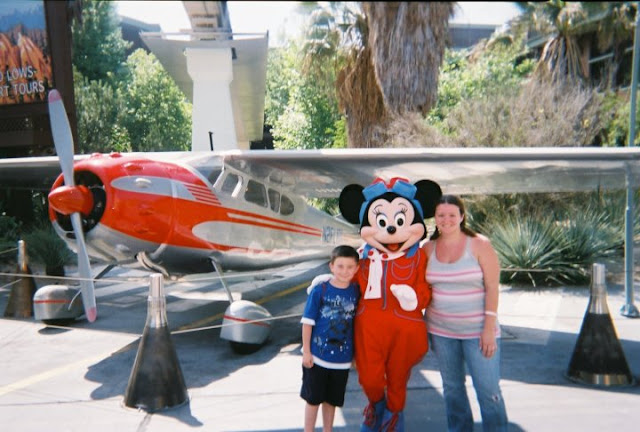 I was a little worried that he might skip rides because I wasn’t going with, but that wasn’t the case at all. He was such a trooper and went on everything, everywhere we went… Except Tower of Terror at CA. (which really was the one ride I really wanted to go on!) During the afternoon we found a great spot to watch the parade, which was so much fun and of course, so entertaining.

The 4th day of our trip was Zach’s 8th birthday, and I had a lot to do and see!

After breakfast we headed to Disneyland- where we immediately headed to get Zachary’s birthday button. From then on out- all day people were telling him “Happy Birthday”. I love that Disney does this because it sure makes a kit feel extra special! 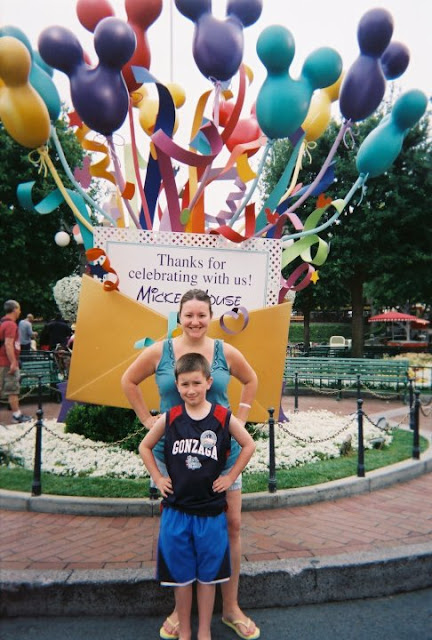 We spent the day going on more rides, eating everything in site, going to the Shrek show, going to MJ’s Captain EO, the parade and we couldn’t wait for the fireworks! 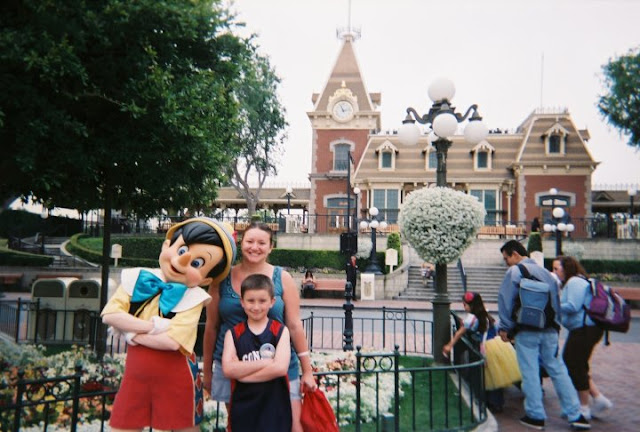 We had dinner reservations for Blue Bayou so we headed off to eat Zachary’s birthday dinner. After an expensive and not so delicious meal we headed back out to hit more rides. A fave for both of us was Pirates of the Caribbean. It wasn’t until after dinner that I learned there would be no fireworks show that evening. It was a total disappointment but I should have done my research on it and I would have known that on the “off” season they only did fireworks on the weekend. 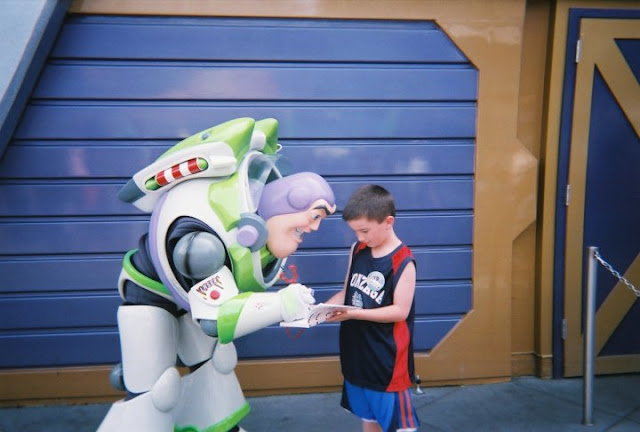 We seriously made every effort to take pictures with as many characters as possible! At the beginning Zachary was really shy and nervous, and I reminded him that I have no idea when we’ll get to do a trip like this again and after that he dove in, seeking out characters, not hesitating to walk up and get pictures and autographs. It was really great!

We ended our last evening at Disneyland with Zachary going on Splash Mountain over and over again. He was having so much fun that I hated to pull him away, but we stayed until closing and it was time to go!

We had another busy day and more to look forward to tomorrow!